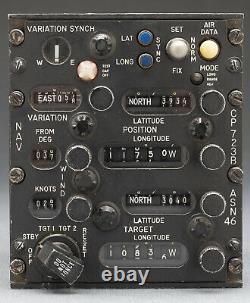 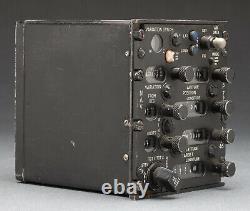 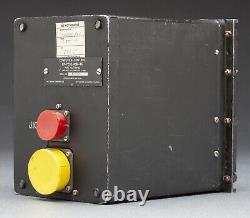 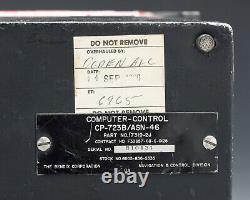 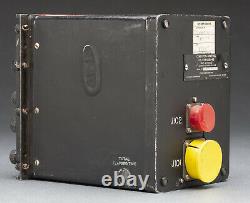 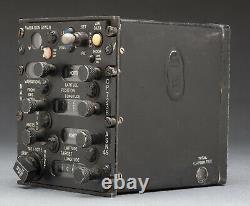 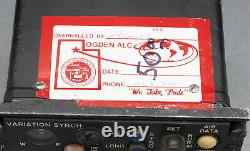 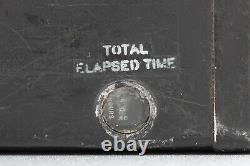 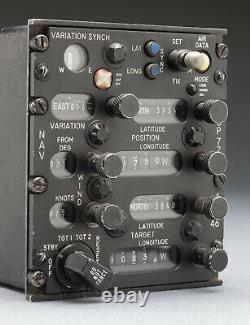 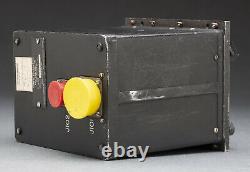 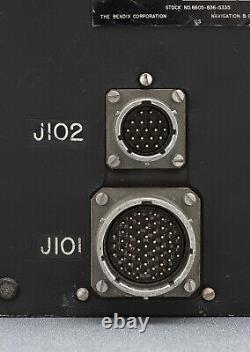 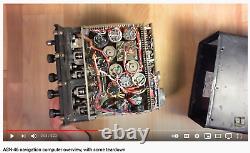 McDonnell Douglas USAF F-4 Phantom II AN/ASN-46 Inertial Navigation (INS) control box. Fascinating piece of electro-mechanical computer engineering from the 1960s before computers were almost entirely electronic. Positioned on the right side control panel of the F-4s rear cockpit, i t was used to automatically guide the aircraft from its starting position coordinates to a target set of latitude/longitude coordinates input by the EWO (Electronic Warfare Officer).

The inside is packed with a mind-blowing array of gears, drive shafts, electrical pots and a rats nest of wiring looms. It would make a fascinating display item, especially with a clear plexiglas box to replace the metal back cover. It is in very good condition, all dials, veeder readouts and switches operate smoothly. Operating condition unknown but sticker indicates it was overhauled at Ogden ALC Sept, 1990.

6 3/4 tall x 5 3/4" wide x 7" deep, weighs about 12 pounds. Return accepted if not as shown or described. Here is a link to a YouTube video showing some of the unit's internals in detail. Below is a description of the unit I received from Rick C, a retired USAF.

MSgt who worked on Phantoms. That is the AN/ASN-46 Inertial Nav (INS) control box. The INS was referenced to a gyro platform in the rt side of the rear cockpit next to the seat.

When it was properly aligned it worked wonderfully. This was pre-GPS and pre-laser gyros.

All of the data for avionics were analog. My system the AN/ASA-32 Automatic Flight Control System (AFCS - pronounced AFISS), had 3 axis dampers, Altitude Hold +/- 20 ft, Attitude Hold, Mach Hold (using pitch to control airspeed), and Heading Hold steerable with the heading bug on the compass card (the signal came from the Instrument Systems DG). Temperature and altitude scheduling was done inside the Central Air Data Computer (CADC), a rats nest of bellows and motor driven pots that took ram air (PSI) from the pitot tube, static air baro pressure from the static port, outside air temp, and angle of attack (AOA) from the AOA vane, then outputted voltages (millivolts) to every system that needed to know how fast the aircraft was going, and what the barometric altitude was. For lower altitudes there was a Radar Altimeter, but unusable at higher altitudes or over water (it became a depth finder).

The basic avionics were the same on all F-4s, (F/RF-4C/D/E/G) in the USAF inventory. Cs and Ds were the first followed by the E after they needed a nose gun (M61 20mm Vulcan) in Vietnam The E also had enhanced radar tracking for its missiles and was physically 6 feet longer than the C and D models.

The G was an E but called a Wild Weasel for its radar Jamming role, carried AN/ALQ-119 and AN/ALQ-131 pods to jam, and HARM missles to home in on SAM radar. The Gs were used extensively in the first Gulf War to suppress Iraqi Sams.

I served on the Thunderbirds at Nellis AFB, NV during the transition from F-4 to T-38. The Thunderbirds were F-4Es but no gun, just ballast in the nose to replace it and the ammo drum; otherwise the acft stood on its tail without a tail strut. Most of the tech data was US Navy because they had the F-4 first. But the E and G were USAF.

The Navy also had J models, as did the RAF whose F-4s had Rolls-Royce engines and not GE J-79s. Aft section of a Rolls engine looks different than a. While stationed in Germany at Spangdahlem AB we had E and G models. During NATO exercises we would have many countrys F-4s on the ramp, Germany, Turkey, Iran, England to name a few as well as Navy and Marines. At the fighter school at George AFB (Victorville), CA we trained everyone that had F-4s - German pilots with Israeli Nav (backseat) not unusual, and lots of Arab countries that were our alies at that time like Iran and Iraq.

The pilot was in the front seat and a nav or EWO (electronics warfare officer) rode in the back. We called the FUF (fellow up front) or GIB (guy in the back).

In navy F-4s a Warrant Officer was the GIB and did not have a controls stick. BTW - the MPT was only on the front stick and unlike some other fighters in the USAF inventory there was only 1 AFCS control box - in the front left side console.

The Egress seat was rocket powered and had 0/0 capability (0 airspeed/0 altitude). BUT the GIB had to go first because the seats were angled at a backwards slant so the rockets were hazardous to the GIB!!

One helluvan aircraft that is missed by many. The item "McDonnell Douglas USAF F-4 Phantom II AN/ASN-46 Inertial Nav (INS) Control Box" is in sale since Thursday, January 14, 2021.

This item is in the category "Collectibles\Transportation\Aviation\Other Aviation Collectibles". The seller is "fkp-1" and is located in San Marino, California.