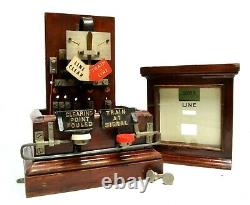 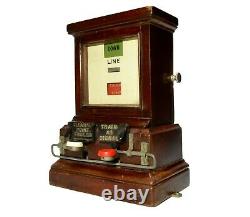 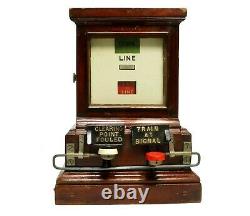 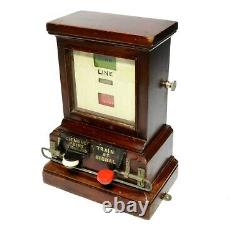 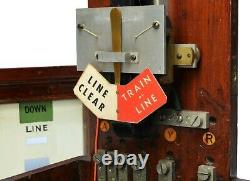 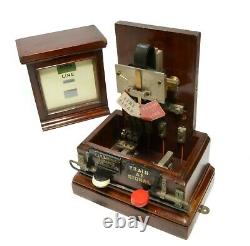 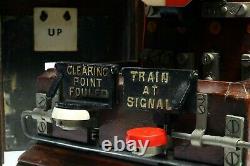 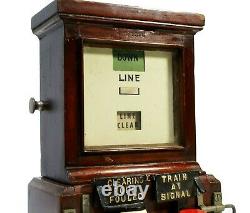 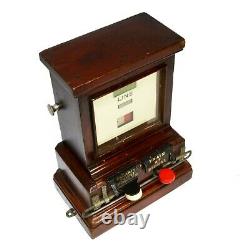 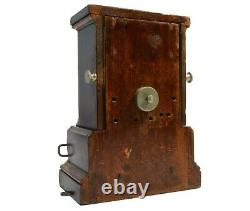 An antique signal box instrument from the Great Western Railway, built to the design originally developed by Charles Spagnoletti in the 1850s. Spagnoletti was GWRs first Telegraph Superintendent and is credited with pioneering an entirely new system of block signalling to allow more trains to be run efficiently where previously rail safety was wholly reliant on the vigilance of railway workers. His system laid the foundation for all block signalling across the British railway network.